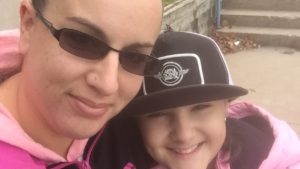 The government of Nova Scotia will stop clawing back child-support payments from families on income assistance, the Justice Department announced Thursday.

Members of the Legislative Assembly passed the changes to the Maintenance Enforcement Act in 2016 and proclaimed them into law Thursday. The changes will take effect in August.

Sharon Himmelman welcomed the end to clawbacks and said it would help her budget for things like seasonal clothes and school supplies for her two daughters, ages 10 and six. She had called for such changes, saying the clawbacks made the « extremely difficult » job of raising a healthy family on provincial income assistance even harder.